MALIJA come to the North in March & April 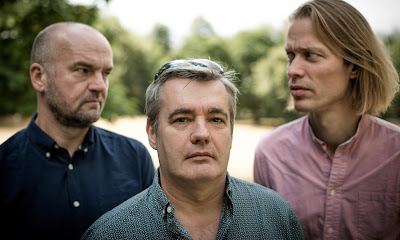 UK jazz supergroup MALIJA are scheduled to play a number of Northern dates in the coming week, playing material from their newest album, The Day I Had Everything (out on Edition Records). The album has been very well received since it was released in late 2015.

Mark Lockheart, Liam Noble and Jasper Hoiby are all hugely respected in their own right, and this trio which formed in 2014 after an invitation to perform at Rochester Jazz Festival in New York, is fast becoming one of the country's best loved ensembles.

Featuring original material by all three members, the trio’s diverse influences include bluegrass, tango and old-fashion jungle grooves. It’s hard to describe this music but perhaps Jasper put it brilliantly when he described the trio’s music as “weird, simple, complicated, free, tight, floaty, ugly, beautiful and heartfelt depending on your mood”.

MALIJA will perform at Seven Jazz in Leeds on Thursday 31st March, at the Crucible Studio as part of the Sheffield Jazz programme on Friday 1st April, at NCEM in York on Sunday April 3rd and finally at the Gateshead International Jazz Festival on Sunday 17th April.

For more information, visit the Edition Records website.
Posted by Editor at 13:20