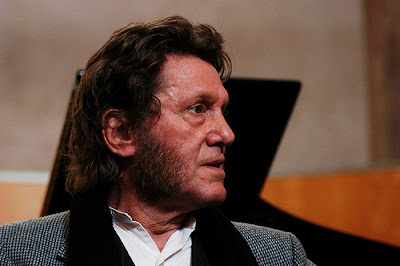 The 56th album to be released on the label features a new suite of music commissioned by Richard Wiltshire and was recorded at Real World Studios.

This new suite is based on themes from Irish folk music and was written for his new octet, which includes several recent graduates from the Royal Academy of Music’s jazz programme along with a long-time collaborator, the drummer Peter Fairclough, and the London-based Italian trumpeter Fulvio Sigurta.

As the album has already been recorded, mixed and mastered, the kickstarter campaign is a way for listeners to purchase their copies in advance to enable Discus Music to distribute the album. The campaign lasts for another 29 days and has a target amount of £1,500.

For more information and to contribute to the campaign, visit the Kickstarter page.
Posted by Editor at 08:56