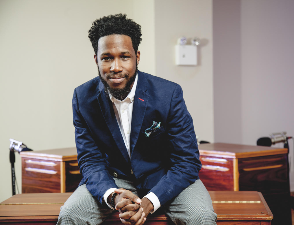 Howard Assembly Room in Leeds will host 5 very special performances featuring internationally renowned jazz musicians this May. Interesting line-ups and unusual instrumentation seems to be their theme this season...

Jumping ahead to May 4th, Courtney Pine brings his new project to Leeds - a duo with pianist Zoe Rahman. For this project though, Pine has opted to focus solely on bass clarinet.

He takes to the stage playing bass clarinet, drawing magic from its ‘low-register purrs and ship’s-timber creakings, lustrous mid-tones and whistling upper range’ - The Guardian.

May 14th will feature Cory Henry, part of the GRAMMY award winning Snarky Puppy. His Revival Project is a solo one, with Cory playing B3 Hammond organ to explore his musical roots in gospel, jazz and soul.

May 28th features another duo, this time the celebrated Hugh Masekela on trumpet and pianist Larry Willis. The performance draws on over thirty years of friendship between the musicians, from 60s NYC to Hugh's time in exile during Apartheid.

For more information, see the Howard Assembly Room website.
Posted by Editor at 04:59