Album Review: Melt Yourself Down 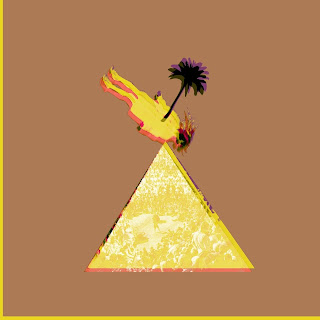 This is not a jazz album, so purists look away.  It includes some jazz sensibilities and jazz musicians but Peter Wareham’s new project and its eponymous album, Melt Yourself Down, is not jazz.


I’ll not hide that I’m a big fan of Wareham’s work and that I have have followed his career avidly. I missed his emergence onto the scene by being too young, but when I was sixteen years old a fantastic teacher at my school lent me the F-IRE Collective and Babel Label compilation CDs and here, amongst the ranks of Led Bib, Ingrid Laubrock and the Basquiat Strings, I head both Polar Bear and Acoustic Ladyland. Both these groups really spoke to me and had a profound effect on my musical tastes, but what really grabbed me was Wareham’s tenor playing. I’d never heard anyone who sounded anything like that and, if I’m quite honest, I still haven’t to this day.


The same can be said for Melt Yourself Down - they are quite unlike any band I have heard before. A musical and cultural melting pot, drawing from African and Middle Eastern music as well as punk, psychedelia, funk, electonica and jazz, the music is ominous and confrontational one minute and uplifting the next, simultaneously threatening violence and inviting you to dance. With chest-thumping bass, powerhouse drums, driving saxophones and howling vocals, this album is thrilling from start to finish and is asking to be played loud. Really loud.
‘Fix My Life’ is a bold opener, beginning the album with a gritty saxophone line from Pete and Shabaka Hutchings before the drums, percussion and bass come crashing in and Wareham stakes us though some heavy riffage. All of this leads to a bouncing, percussion-heavy chorus topped off by the vocal chants of singer Kushal Gaya.
The second track ‘Release!’ seems to draw more from electronic dance music and is irresistibly grooving. Its fierce mood is built out of driving drums and bass, hypnotic electronics from Leafcutter John and staccato saxophone lines that grab you by the throat. Percussionist Satin Singh shows off his skill in this track with some intensely polyrhythmic playing.
Gaya’s performance throughout the album is one part bold, uplifting choruses and chants and one part unintelligible howling , his yells and screeches sounding like the exotic cousin of Captain Beefheart and David Byrne. He has a strong voice and impressive range, but to see this man at full strength you have to see him perform live. He is one of the most intense and energetic frontmen I have ever seen, spending about 80% of the set airborne and the rest simultaneously encouraging and terrifying the audience, yelling sermons like a mad preacher and leaping through the crowd like a man possessed. The tracks ‘Tuna’ and ‘We Are Enough’ show him at full force. ‘Tuna’ is fantastic live, but on the record the sax-led chorus sounds a little cheesy and over dramatic. ‘We Are Enough’ was a wise choice for the first single to be released from the album – it’s sing-along (or should I say ‘yell-along?) chorus is brilliantly upbeat, the sax riffs infectiously catchy and the band maintain an incredible level of energy throughout.


‘Camel’ is another highlight. The tune opens with some earth-shattering bass and drums that build into a threatening swagger before a punchy melody drags us irresistibly to a head-banging chorus which had the audience at the Brudenel Social Club shouting along with Kushal at the top of their lungs. This tune also lets loose the punk side of Melt Yourself Down, and by half way through Ruth Goller’s bass is snarling and growling and Tom Skinner is beating the drums to within an inch of their life.


This is a captivating album of danceable, violent, compelling music full of surprises, big riffs and heady improvisations. Wareham’s vision and the band’s energy are truly admirable. Once again, as he always seems to do, Peter Wareham has outdone himself.
Posted by Unknown at 04:46