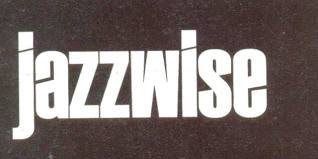 It has been announced that the Mark Allen Group has acquired Jazzwise magazine.

The independent publishing group publishes over 50 magazines in business, healthcare, leisure and education.

“I am delighted that we have managed to acquire such an excellent and leading title.  It has a committed and passionate team and certainly, we will look after the title and do everything we can to make it even more successful. The group’s interest in jazz, and my own passion in this area, led to the launch of the annual Wiltshire Jazz Festival seven years ago, a charity event organised in the location of its Wiltshire offices, which this year takes place on 15th June 2013.”

Mark Allen Group will work alongside editor Jon Newey as they push for Jazzwise to become recognised as the leading European English language jazz publication.

Former owner and founder Charles Alexander explained that he is happy with the new direction of the magazine...

“In planning succession for Jazzwise it was important for me as its founder to find a new owner with an outstanding track record in magazine publishing and a genuine appreciation of jazz music. In Mark Allen himself and his company, the Mark Allen Group, I believe that I have more than fulfilled these criteria. I have every confidence that Mark and his talented team, in conjunction with Editor/Publisher Jon Newey, will grow the title and take it to new heights. Meanwhile its former parent company, Jazzwise Publications Limited, will be renamed Jazzsense Publications Limited and continue to publish and distribute jazz sheet music, tuition books and software for musicians.”
Posted by Editor at 14:48