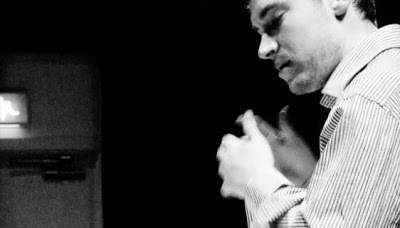 Ireland born, Leeds based composer and trumpet player James Hamilton has confirmed his place as one of the leading jazz composers in the North. His compositions have won awards (Jazz Yorkshire Award and BASCA to name but two) and have been played by groups such as NYJO, Voice Of The North, Trinity College of Music and Leeds College of Music. Alongside his big band writing, he writes and performs with indie rock band Hope and Social as well as being heavily involved in music education. Here, we talk to him about his new big band recording project and his other work...


Your new big band recording project has moved away from the normal album-making process. Tell us about the project.

I've been trying to get the Jazz Orchestra together to record this new material for a while now but it's been hard to get people together for a few days in a row. So we're going to try and spread the process out across the year. Every couple of months I'll put together a band for the day and record some music. I'm writing new material for each session as well as recording the stuff we toured at the end of 2011. I've just mixed the first session we did in January and the recordings sound amazing. We're recording with Barkley McKay (Valley Wood Studio) using a church in Hyde Park called All Hallows. It's a great sounding space and Barkley is great at capturing the sound. There should be a video coming up shortly of one of the tracks and I'll be blogging about it all too. I'm not sure what we'll have at the end of the year, it might be an album, it might just be a series of recordings, I'm not sure, but I hope that alongside the videos we make and the blog it'll tell a story and have a narrative to it.

As a composer, do you have a compositional process that you follow every time you write or is it less structured?


It's constantly changing but I'd say that 90% of the time it starts at the piano and finishes with a deadline. Deadlines are the most important part of the compositional process - if you are having problems finishing things, book a rehearsal with a band or a recording date or better still an album launch gig. You'll soon get things finished off. When I had the time I used to write over long periods and block out four or five days at a time. I don't get that chance as much these days so recently I've just been grabbing any opportunity I can. I might have a break between pupils and it's a good challenge to sit down and say "right, you've got 20 minutes to come up with an idea". I've yet to get to the end of that time and have nothing, which is not to say that what I do end up with is all good but there's usually something you can take away and develop. That way when I do book a day in I have a bag full of ideas to start with so I can hit the ground running.
Aside from JHJO, what other projects are you involved in at the moment?

I'm currently working with Jazz North and the Great North Big Band festival up in Sunderland. They've put together a big band of students from across the north and I've written a couple of new pieces that they are going to play at the opening night of the festival on 1st March 2013. We've only got two rehearsals to put together a program of my music so it's going to be exciting. I've just started a new acoustic ambient music project with Joe Lawrenson (Dancing Years) and Tom I'Anson (Trombone) it's very much in its infancy but really interesting stuff, very different and a total break from what I'm used to.
I'm also in an indie rock band called Hope and Social. It's hard to describe but we aren't like a normal band. We have been considered and consider ourselves to be at the forefront of what has been termed "the new music industry".( if you are interested, this blog explains it all - New Music Strategies) We sell our music for pay what you can, which works out better than you might expect. As well as gigs we do events that involve people and community. Our mantra is make art, have fun (and eat cake). Last year we had a year off, we only released two albums, did three tours, collaborated with 6 different artists in our crypt covers project, ran a rock school in Skipton, North Yorkshire, busked our way to the grassington festival in a canonball run stylee, went to Edinburgh festival with a beautiful theatre show based on the stories and happy memories of the people of Leeds called bring the happy, released a christmas single with 200 people playing hand bells and played the scariest and greatest venue in Leeds......Leeds bus station, with the wonderful Leeds Inspired. It was an incredible year and this year is set to be just as bonkers.

What sort of music do you like to listen to?


I listened to a lot of big band music when I was at college, in fact that's probably all I listened to. So much so there's just some stuff I can't listen to anymore, I totally over dosed on Maria Schneider, Kenny Wheeler (music for Large and small ensemble) and Bob Curnows big band Metheny album. Amazing records but they make me feel weird now like if you've ever had a bad experience with red wine. I listen to a lot more modern jazz piano trio and pop/rock/folk type stuff now, I think that's cleansed my palet because I'm definitely getting that hunger back for big band stuff again.

Records that are never far from hand are anything by Bob Florence, the Mehldau/Metheny albums, Springsteen, Colin Towns, Mike Gibbs, Issie Barratts Asral Pleasures and Peter Gabriel's Sledgehammer.
Where and when can you we hear you and your music next?

The blog about the big band recording and a video will be going up in the next few weeks on my website www.james-hamilton.co.uk you can follow me on twitter @TJamesHamilton and the Jazz Orchestra Facebook page here to keep up to date with things on that.

I'll be conducting some of my music at the Great North Big Band festival on 1st March at Sunderland University with the students from the Jazz North project.

Hope and Social are out in Feb for three dates below, then we have a big old tour to be announced in March/April coming to a town near you! We are also taking the Bring the Happy show on tour later in the year, it's a show based on the stories and happy memories of people in the towns we visit, a customised show for each town. The Leeds show was a beautiful and heart warming experience and if you get the chance to catch it you won't regret it.