HMV, Batteries and a Jazz Orchestra 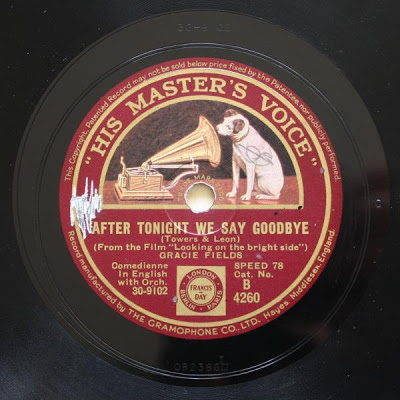 After 92 years, HMV went into administration this week. It's the end of an era, as the UK's last music and entertainment chain has closed the doors.

This news has added to an ongoing dialogue worldwide between musicians and music lovers about where and IF they buy music and the reasons why.

Following this news, Jazz Yorkshire highlights some interesting projects being run by jazz musicians in Yorkshire which highlight the alternative side of the recording world .

Batteries is a new improvising quartet which features Andy Champion (double bass), Corey Mwamba (vibes), Mark Sanders (drums) and Chris Sharkey (acoustic guitar). In 2013, they will gigging around the UK - recording and releasing music as it is made. A recording made in the hometown of each member will be available online shortly after the performance. Audiences can also receive a free digital copies of the recordings by signing up to the mailing list (contact sharkestraATgmail.com). You can see their premiere performance at FUSEBOX, Leeds on January 25th.

Composer James Hamilton is also taking a new approach to recording with his new Jazz Orchestra project. The logistics of organising a full jazz orchestra of busy professional musicians is pretty tricky, so James has decided to move away from the conventional 2-day recording = one big album to try something new.

Every 2 months, James will bring together an ensemble, not necessarily the same one each time, and will spend a day recording music and documenting the experience with interviews, videos and photographs. At the end of the year, he'll have a wealth of recorded music, video footage and more.

"we'll hopefully have something that has a narrative, an album that's framed rather than just some more recorded music, an artefact."

Keep an eye out for interviews and more information on these two projects...
Posted by Editor at 13:27