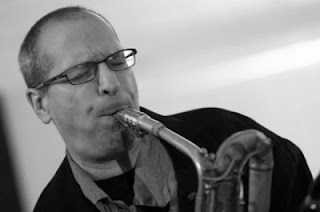 Winner of the Downbeat Critics poll for Baritone Saxophone 2009 and 2011 (and tied with James Carter in 2012), Gary Smulyan is one of the leading figures in the baritone saxophone field and an incredibly in-demand musician. Performing with Dave Holland, The Vanguard Orchestra, Joe Lovano and countless others, he also has found the time to release 10 records under his own name. Next Friday, November 23rd, Gary will appear with Tony Faulkner and the Yorkshire Jazz Orchestra at Seven Arts in a tribute to Pepper Adams. Jazz Yorkshire spoke to Gary about the gig, his work and more...


You are appearing in Leeds playing the music of Pepper Adams with The Yorkshire Jazz Orchestra. How did this collaboration come about?

Gary Carner recently published a biography/discography of the great baritone saxophonist Pepper Adams and in conjunction with this asked Tony Faulkner to write a number of arrangements featuring Peppers tunes with the idea that we would record these in the future. I was already coming to the UK for a tour with British baritone saxophonist Pete Lukas and the concert with the Yorkshire Jazz Orchestra fit into my schedule. I'm very happy to finally get a chance to play this music with this wonderful band and looking forward to our concert.


Tell us a bit about the projects you are involved in at the moment?

I'm currently on tour in Belgium with a 3 saxophone project with Dick Oatts, who I have been playing with since 1980 with the Vanguard Jazz Orchestra and a Belgian saxophonist John Snauwaert who organized this 15 gig tour. Before that I was in residency at the Amsterdam Conservatory working with their jazz students and their big band. I have a recent CD out called, "Smul's Paradise" on the Capri label featuring Mike LeDonne on organ, Peter Bernstein on guitar, and Kenny Washington on drums. Early December I'm playing 4 concerts in a duo setting with the great bassist Ray Drummond and in January of next year will play in Uruguay, a concert for Jazz at Lincoln Center, record a new project of traditional songs from Naples, and perform on the Jazz Cruise. A busy few months ahead for which I'm grateful.


What music are you listening to at the moment - do you have a current favourite album or artist?

These days I don't listen to too much music in a serious way as I don't really have the time and would frankly prefer to read which I do every day. I play music almost every day as well so really prefer quieter activities off the bandstand and when I'm not practicing. I don't like music on as a background and feel that you need to listen in a focused serios fashion which I often don't have the luxury of these days. When I do listen however I still listen to Charlie Parker as he continues to be my major inspiration as a jazz saxophonist.


When you are composing your own material, do you have a method that you follow? Where does your drive to compose come from?

My tunes often come to me as a whole.....melody and harmony presenting themselves at the same time....the process is quite natural and it's not something I struggle with or agonize over. I'm still very rooted in the tradition of bebop language and love playing on challenging chord progressions, the blues, I got Rhythm, and tunes from the American Songbook and my original compositions reflect that influence.


You had the chance to play alongside people like Chet Baker and Lee Konitz whilst you were still at High School. How do you think opportunities like that early on in your career shaped you as a musician?

I was incredibly fortunate to have had the opportunity to perform with and to learn from many jazz masters as a teenager....Billy Mitchell, Dave Burns, Lee Konitz, Chet Baker, Chris Woods, Phil Woods, etc.... They were all extremely supportive and encouraging and because of that inspires me want to return the favor so to speak and be a mentor for young musicians driven to succeed as jazz musicians these days.  Playing with musicians on that level showed me how much further I had to go which is an attitude I still feel these days....music is a process without any place of arrival as we never stop learning and are lifelong students. This is the most beautiful part of being a musician for me.