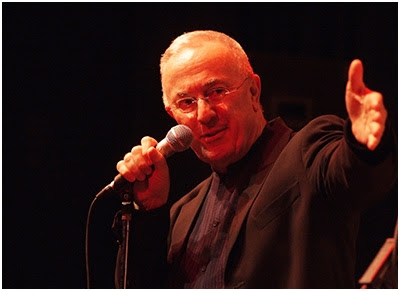 Renowned composer Mike Gibbs is to undertake a large ensemble tour in September to celebrate his 80th birthday.

"Gibbs music is full of intriguing inner detail that does not deflect from the ultimate destiny of his pieces." – BBC Music Magazine

Brit-jazz composer and arranger Michael Gibbs was born in 1937 in Zimbabwe. Starting in 1959, he studied in Boston at the Berklee College of Music, the Boston Conservatory , Tanglewood and the Lenox School of Music, where he studied with a who's who of contemporary jazz and modern composition: George Russell, Gunther Schuller, Iannis Xenakis, Aaron Copland, Lukas Foss and others. In 1964 he moved to the UK, where he engaged himself in the rapidly emerging contemporary UK jazz scene. Starting in the late 60s and continuing into the mid 70s, he recorded a number of highly acclaimed and influential albums featuring many of the most prominent British-based jazz players who, like Michael, were beginning to flirt with jazz/rock. Since the mid 70s he has worked as a educator as well as a free-lance arranger, doing arrangements and orchestrations for major names such as Joni Mitchell, Pat Metheny, The Mahavishnu Orchestra, and Peter Gabriel among many others, while too infrequently recording his own music.

Mike will be joined by an all-star jazz orchestra -

The first of the tour dates in the UK will take place in the North as part of the Scarborough Jazz Festival on September 24th, followed by the Vortex (25th and 27th), The Watermill in Dorking (26th September), CBSO Centre in Birmingham (28th) and Turner Sims (29th September).
Posted by Editor at 05:40