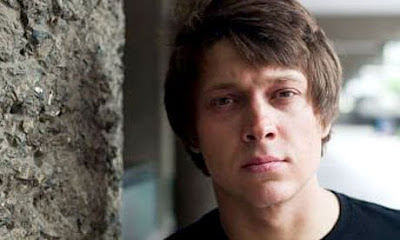 An indiegogo campaign has been launched to create a film about the well-loved trumpeter Richard Turner, who died in 2011 aged just 27.

Musician and friend of Richard's, Rob Cope, is leading the project and is hoping to raise £3,000 to support the creation of the film and soundtrack as well as to fund trips to interview a number of friends and colleagues about Richard and his life in music.

From the indiegogo page...

We are creating a film about Richard Turner. Richard was an extremely talented and generous young jazz trumpeter who sadly died in 2011, aged 27. This film will remember and honour Richard's memory. To say he was a culturally significant musician is an understatement and we want to document all of his achievements. We are also going to examine just how important Richard's music has been and explore his lasting legacy in jazz.

Richard grew up in Leeds and studied at LCoM before heading South to study his masters at the Royal Academy. As well as a busy performing life, he also set up jazz at the Con Cellar Bar in Camden, hosting regular gigs from both UK and international artists.

With 24 days still to go, the campaign has so far received £1,977 of it's £3,000 goal. To read more and to donate to this worthwhile project, visit the Richard Turner indiegogo page.
Posted by Editor at 06:22