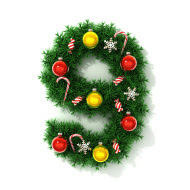 Behind door number 9 is Treppenwitz, a trio compromised of three Leeds-based musicians - Matt Aplin on piano, Tom Riviere on double bass and Steve Hanley on drums.

Fortuitously, the band released their debut album only this week, so we're pleased to let you hear a snippet of their new release - https://treppenwitzmusic.bandcamp.com/album/short-and-long-ditties


Treppenwitz, n. – treppen (stairs) + witz (wit)
An event or fact that seems to contradict its background or context.
“…(t)he main character in Treppenwitz is a miniature spiral staircase model paralyzed by its future, enchained by its past. It resents everything about its existence including the fact that it was carved by a craftsman rather than having sprung from the womb of a Matryoshka doll. Nor was it conceived as the creation ladder of Ramon Llull’s 14th century eight-step ascension theory…”
Treppenwitz is a project dedicated to improvisation and the exploration of sounds within open structures. It was formed in January 2014 after (though not because) a Philadelphian drummer, Matthew McGraw, left the city of Leeds. The music they make can be seen as an indirect response to this.
Their debut album, Short and Long Ditties is part I of II: the partial documentation of a series of recordings made on 25-26th November 2015 in Leeds Fold.
http://newjazzrecords.co.uk/artists/treppenwitz/ 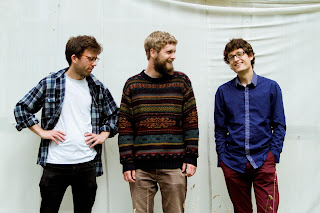