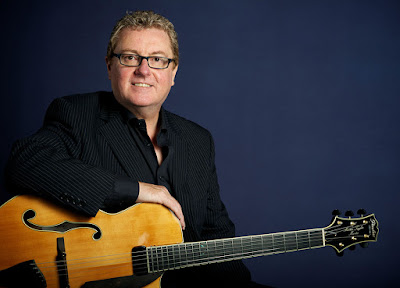 One of the UK's national jazz treasures is gearing up to celebrate his 60th birthday in style with a tour across Scotland and England starting October 14th.

Martin Taylor MBE has a career in music that spans 5 decades and over 100 recordings. His solo playing and virtuosic fingerstyle playing has earned him an international reputation and the list of his musical collaborators spans both countries and genres; Bill Wyman, Stephane Grapelli, George Harrison and Gary Burton to name but a few.

This 13 date tour will include two Northern performances - at Whitby's Musicport Festival on October 21st and then at Band on the Wall in Manchester on October 27th. Tickets for all tour dates can be purchased through Martin's website (as well as more information on his music, teaching and more).