The Bad Plus come to Leeds, November 12th 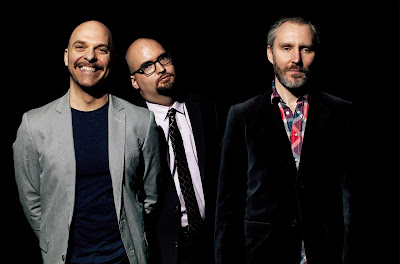 Get out your diaries and block out November 12th because the trailblazing Bad Plus are to perform at the Howard Assembly Room in Leeds in a very special Northern appearance.

Based in New York, the Bad Plus are an iconaclastic trio comprised of Ethan Iverson, Dave King and Reid Anderson. Established in 2000, the band have spent the last 16 years performing across the world and have released 11 studio albums - most recently teaming up with saxophonist Joshua Redman (The Bad Plus Joshua Redman, 2015)

“Audacious, rule-breaking jazz trio crunches and at times pulverizes swing to let improvisational freedom shine...Dynamics play a huge roll in the act's music, as does humor, an element sorely lacking in most of contemporary jazz. But beauty is also key... jazz purists tremble while the vanguard flocks.” - Billboard

“It’s about as badass as highbrow gets.”
- Rolling Stone

Tickets cost £20.00 and are sure to sell fast, so early booking is advised. For this performance, award winning duo Binker and Moses will open the show.