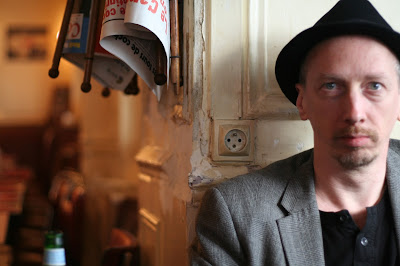 Following on from the highly successful inaugural tour featuring Ingrid Jensen back in May, the Orpheus Project (a partnership between NORVOLJazz and Apollo Jazz Network) have announced the second featured artist in the series, New York tenor saxophonist Ellery Eskelin.


The Orpheus Project is proud to present tenor heavyweight Ellery Eskelin as their second featured artist. Joined by Chris Sharkey and Matt Bourne, the trio is comprised of three strong and individual creative voices that come together to create something greater than the considerable sum of its parts. The group will tour between October 8th and October 14th, creating performances are sure to be as unique as they are exciting.

For the past thirty years Ellery Eskelin has been at the forefront of the global creative improvised music scene. Based in New York City, he has traveled widely performing, recording and amassing a very personal and iconoclastic body of work. And yet Ellery Eskelin has always remained deeply committed to the traditions of jazz and American music. Eskelin embodies this seeming contradiction with ease. He does not see jazz as a style or idiom but as a process. Further, a process of creative development that has great relevancy to our time. In this pursuit Eskelin consistently delivers to the listening public unadulterated, passionate music with no excuses and no apologies.

For more information about the tour dates, links to book tickets and more, visit the Orpheus Project website.

The Orpheus Project is a partnership between Apollo Jazz Network and NORVOLJazz which seeks to establish a touring network for jazz in the North of England. The project is generously supported by Arts Council England through the Grants for the Arts programme.