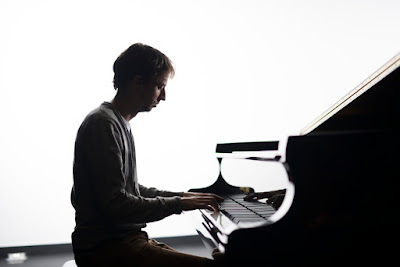 Australian pianist Sean Foran is a familar name to many jazz listeners in the UK. Foran studied his Masters degree at Leeds College of Music and has toured many times in the UK as part of Trichotomy.

Sean's latest album, Frame of Reference, features a group of musicians he 'really admires' and the tracks on the album were written specifically with the players in mind. Foran describes the music as being different from his usual output, focusing on textures and coming more from a chamber music angle. The album features Julian Arguelles, Ben Davis, Stuart McCallum and Joost Hendrickx.

In October, Foran will tour the UK performing music from the album. For these dates, he will be joined by the band with one alternation; James Mainwaring takes the saxophone chair.

Frame of Reference is launched on September 2nd on Jazzhead.