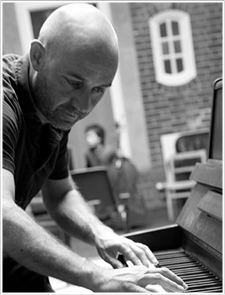 Dave Evans is putting together a brand new big band to perform twice during the Chapel Allerton Village Jazz Festival.

The idea behind the group is to bring together community musicians - local musicians who play instruments but may not perform regularly with a band. Between now and the performances (2nd and 3rd of September) Dave will work with the band six times to show how quickly a band can come together and perform.

The band have already had one rehearsal but if you're keen to be involved, email Dave at  evansdj01@hotmail.co.uk and see if there's a space to join in the fun. There will be sessions on August 4th, 25th August, 2nd September and more sessions will be announced.

The performances will take place on Friday 2nd September at Seven Arts (8pm) and then on Saturday 3rd September in Regent Street (4.30pm).