Gig Preview: Antonio Sanchez & Migration at Band on the Wall 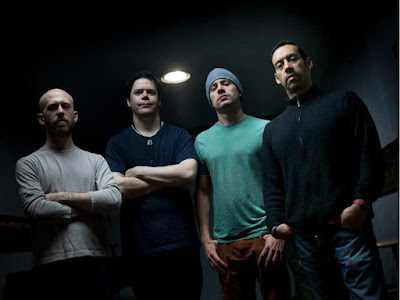 This is a date for the diary of every jazz fan in the North and it is sure to be sold out, so get your tickets soon for Antonio Sanchez & Migration at Band on the Wall on July 26th.

Moving to New York in 1999, Sanchez has developed a reputation as one of the leading lights in jazz across the world. His work with Pat Metheny is well known, having worked with the guitarist in almost every project he has put together for the past 15 years. Sanchez has been featured on 8 Metheny albums, three of which have won Grammys.

His collaboration with Metheny are just one piece of the puzzle though, and you'll see and hear Sanchez work with a myriad of world class musicians - Joshua Redman, Chris Potter, Avishai Cohen, Dee Dee Bridgewater, Donny McCaslin...

In 2013, Sanchez was asked to create the film score for Birdman, and his work was recognised with numerous award nominations.

The band he brings with him this time is Migration, a quartet of extraordinary musicians including Seamus Blake, Matt Brewer and John Escreet.

Tickets cost between £17 and £22 and can be purchased through the Band on the Wall website.