Upcoming Releases and a gig from Discus Music 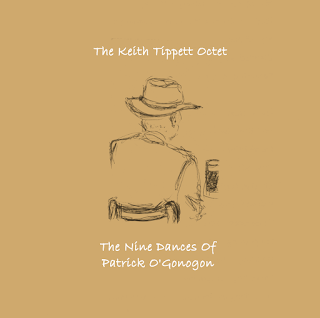 The indefatigable Martin Archer has announced the two newest releases from his record label, Discus Music as well as a gig later in the month.

Readers of this blog will remember that we recently published an article about a crowdfunding campaign Discus will running to support the Keith Tippett Octet's new album. Well, the campaign was a success and the Nine Dances of Patrick O'Gonogon will be the 56th release on the label. This can be listened to and ordered on the website.

Following that, release 57 will be an ambitious double album from a new project, Story Tellers. With Martin himself on woodwinds and joined by Anton Hunter, Corey Mwamba, Pete Fairclough, Kim Macari and Mick Somerset Ward, Story Tellers will be released in July. A group of strong improvising voices coming together to form something huge...

And if you'd like to hear music like this live, Martin is putting on a gig on June 24th at Bishop's House in Sheffield featuring two sets of music. DAS RAD is a trio of musicians from the Discus Music roster performing together for the first time – Martin on saxophone & electronics, Nick Robinson on guitar and electronics and Steve Dinsdale on drums and electronics. They are joined by Jez Creek aka Modulator ESP who will perform a solo set.

Information on all of this and more can be found on the Discus Music website. (www.discus-music.co.uk)