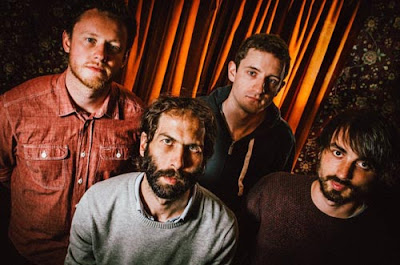 Led by saxophonist James Mainwaring, this group turned heads with their debut album The Earth Worm's Eye View toward the end of 2015. Described as playful, dark, skilful and spontaneous (John Fordham, The Guardian), each of the four musicians are well recognised as strong voices in the world of improvised music.

Tipping Point features James Mainwaring on saxophone and effects alongside British improvised music legend Matthew Bourne Fender Rhodes and two of the UK’s most individual instrumentalists; Michael Bardon double bass and Joost Hendrickx drums. Members of the band have previously collaborated on projects such as; Dave Kane’s Rabbit Project, the Fusebox Orchestra, Shatners Bassoon and Mainwaring/Bardon/Horne amongst many others. It was whilst studying at Leeds College of Music 2007 – 2010 when Mainwaring, Bardon and Hendrickx met and were tutored by Bourne, a pianist whose innovative approach to improvisation and teaching proved to be a great influence on them that the genesis for Tipping Point was born.

The gig at More Music is in association with Lancaster Jazz and North and starts at 7.30pm and tickets cost £8, bookable through the More Music website. To find out more about Tipping Point, visit James Mainwaring's website.