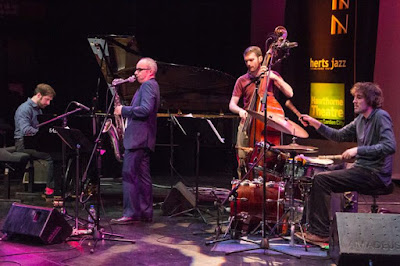 Saxophonist Julian Arguelles is widely recognised as one of the brightest stars in British jazz. At last week's Parliamentary Jazz Awards he picked up Best Album for Let It Be Told, his newest release with his quartet Tetra. In a few weeks time, the band will embark on a UK tour performing material from Let It Be Told between 9th and 18th of June.

The band will visit the North for one of their tour dates, performing at the Royal Northern College of Music on June 11th.

For full details on the album and tour dates, visit Julian's website. Full tour dates are listed below.