SNJO come to Gateshead with the music of Dave Brubeck 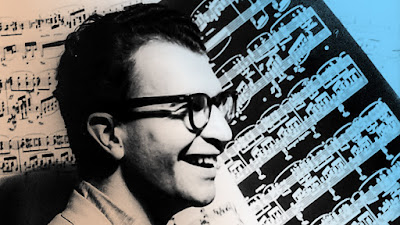 The Scottish National Jazz Orchestra is widely regarded as one of the UK's best large ensembles. Helmed by tenor saxophonist Tommy Smith, the band work with internationally celebrated musicians multiple times a year as well as releasing albums. In the last two years, they have worked with Kurt Elling, Bob Mintzer, Benny Golson and Mike Stern.

The band don't often venture south of the border but the North is lucky enough to host them this year as part of the Gateshead International Jazz Festival. Their programme is celebrating the music of Dave Brubeck and they welcome two featured guests - Bill Dobbins and John Nugent.

Pianist Bill Dobbins was commissioned by the SNJO to arrange the music of Brubeck. He is currently Professor of Jazz at Eastman School of music in New York. He is joined by alto saxophonist John Nugent.

The concert is on 30th April at the Sage Gateshead. Full information on the gig can be found on the GIJF website and the SNJO website.
Posted by Editor at 04:30