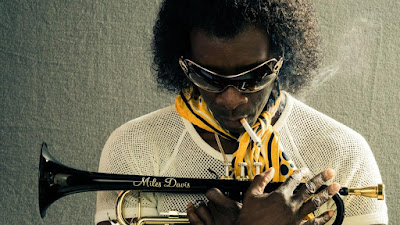 Icon Film Distribution has announced a partnership with Record Store Day UK to provide jazz fans with the chance to see the new Don Cheadle film, Miles Ahead, for free in advance of its general release.

Offering customers’ exclusive access to films before cinema release is a first for Record Store Day and something we are very excited to be involved in”, says Rupert Morrison of Drift Records, RSD’s spokesperson. “Record Store Day celebrations aim to unite those through their love of music and partnering with Icon Films for the Miles Ahead movie does exactly that. Given the musical icon that Miles Davis is, this is the perfect partnership.

The special screenings will take place on April 18th and will be at a number of locations nationwide including Hyde Park Picture House in Leeds and Home in Manchester.

Tickets become available on Monday 11th April and can be collected at the following record stores - Crash Records, Jumbo Records and Norman Records in Leeds and Piccadilly Records, Vinyl Exchange and Vinyl Revival in Manchester.