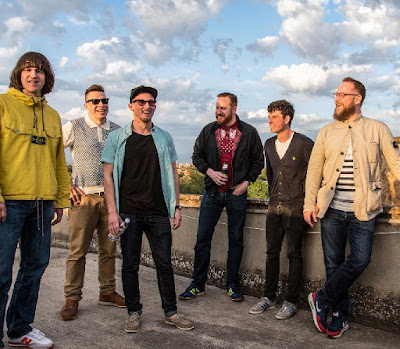 When not being one of the North's most in-demand jazz bass players and being a pillar of the jazz scene in the North East, Andy Champion is the bassist for Northern Funk outfit Smoove & Turrell.

Since 2009, the band have released 3 albums, appeared numerous times on national radio and toured extensively. They have supported Nile Rodgers and Martha and the Vandellas and appeared at international festivals.

This week, the band announced that they have been selected from thousands of bands to represent the UK music industry at Canada Music Week - a huge international music festival that is attended by US festival directors and bookers and agents from across the world.

In order to take advantage of this opportunity, Smoove & Turrell have to raise £5,000 and they have set up a Crowdfunder campaign to do so. It's going well so far with 71 backers and 53% of their total raised. Donors will receive a number of rewards including special merchandise and chances to win tickets to festivals and a one-off gig from the band themselves.

For full information, visit their Crowdfunder page. The campaign runs until April 29th.
Posted by Editor at 05:04