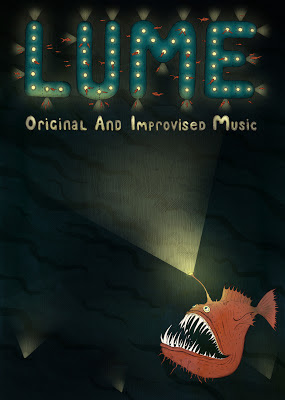 Earlier in the year, we reported on the plans for LUME festival, a day of music run by Dee Byrne and Cath Roberts in London. Committed to supporting original and improvised music, the musicians have worked tirelessly to promote live music in London in recent years. The festival marks their next step and after an open call for submissions, today they launched a Kickstarter to support the running of the event.

The North will be strongly represented with three out of the six groups hailing from Manchester and Leeds. Ant Traditions is a duo featuring pianist Adam Fairhall and David Birchall (Manchester), Hot Beef Three are from Leeds and feature Ollie Dover, Craig Scott and Andrew Lisle and guitarist Anton Hunter brings his large ensemble work Article XI, a previous recipient of the Manchester Jazz Festival commission.

These three Northern groups are joined by Birmingham's Little Church, Kjær/Musson/Marshall from London and Blueblut from Austria.

LUME has received some core funding from Arts Council England to support their work but their newly launched Kickstarter will raise funds to help with travel costs and artist fees to ensure they feature as much music as they can. Donors will receive a number of rewards depending on the amount they donate including Live at LUME cds, tickets to the festival, a special trip to London Aquarium with Cath and Dee and a special piece written for you and performed by Word of Moth.

For full information on the Kickstarter which runs until May 12th, visit the website.