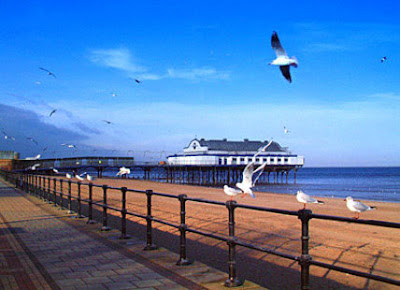 With less than a week to go until the big day, we look behind door number 19 to some of the jazz festivals taking place in the summer in the North.

Grimsby Jazz promoter Gill Wilde also runs this weekend festival in Cleethorpes each year. It runs over a weekend at the end of June and is a celebration of British Jazz. It all takes place at McCormacks Bar and the line-up for 2016 features Alan Barnes, Dave Newton and Doncaster Youth Jazz Orchestra amongst many others. Tickets go on sale on January 2nd!

Set in the picturesque surroundings of Burton Agnes Hall, this is another weekend festival. You can camp out at this one and make a holiday out of it! This is another one that focuses mainly on UK artists with people like Paul Baxter, Alan Barnes and Digby Fairweather making appearances regularly.

Buxton might be pushing it a bit in terms of North of England but it's Christmas so we'll relax the rules a bit! Buxton's beer and jazz festival is a weekend of traditional and dixieland jazz and of course, beer. Last year's festival had performances from Spat Langham's Hot Fingers, The Wabash Jazzmen and the Incredible Bibbington Limeburners.

We recently reported on the good news that Wigan Jazz Club has taken over the running of the Wigan Jazz Festival. 2016 will be in it's 31st year and it's bound to have a good programme. There's a good focus on Big Bands with groups like Echoes of Ellington and Gerry Mulligan Concert Jazz Band making appearances last year.