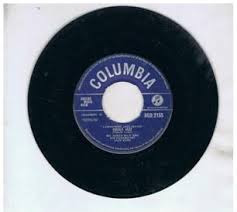 Open the door to day number 4 and you'll find jazz record labels. There have been quite a few labels popping up over the last few years dedicated to jazz and improvised music in the North. Many are started up by musicians themselves. In the ever-changing record industry, it's heartening to see that we have so many of these labels in our region!

This label have recently been celebrating their 20th birthday and are a hugely respected label based in Yorkshire. Their output isn't exclusively jazz but rather an eclectic mix of electronic, instrumental and improvised music. They have artists like Melt Yourself Down, Polar Bear and Matthew Bourne on their roster.

Based in Leeds, this label is run by composer/trumpeter James Hamilton. Their focus is on emerging acts on the jazz scene, often recent graduates of music colleges. There is an ever-expanding live album which features one or two tracks from a variety of groups gigging in the North, as well as full releases from Drawing Hands, James Hamilton Jazz Orchestra and Matt Anderson/Jiannis Pavlidis duo. Now the label is moving into studio recordings too, with the opening of Leeds Fold in mid-2015.

Set up by guitarist Craig Scott, Wasp Millionaire release music from groups like Shatner's Bassoon and Craig Scott's Lobotomy. There's also a free sampler on their website to hear a selection from the acts they represent.

This one is run by saxophonist James Mainwaring and has three groups on its roster - Roller Trio, Tipping Point and Promise/Threat. Tipping Point's release earlier this year received widespread praise including a four star review from the Guardian who called it ...playful, dark, skilful and spontaneous.