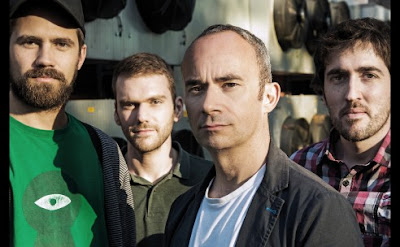 Described by the Irish Times as supremely lyrical, with beautiful melodies whilst staying cliche free, the album has already garnered praise and it is anticipated that the tour will be well-attended as audiences come to hear the music performed live.

During the tour, Julian and his quartet will perform a number of Northern dates including two days at the University of York (where Julian has been involved as a teacher for a number of years). On Wednesday October 28th, the band will host a masterclass at the university and on Thursday 29th, they will perform in the Arthur Sykes Rymer Auditorium. Aside from this, they will also perform at the Sage Gateshead and the Capstone Theatre in Liverpool.

For full information on tour dates and how to book tickets, visit Julian's website.
Posted by Editor at 08:00