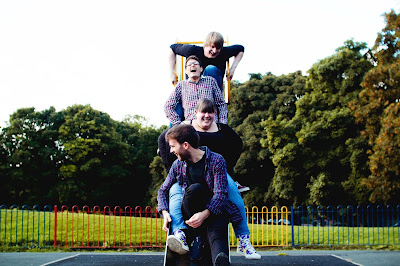 The album features predominantly original material and will be available through Bandcamp on a Pay-What-You-Feel basis.

In short, I want to stop thinking when I improvise. Sometimes when I’m on stage I experience moments in which it is as if I’m an outside observer listening to myself and the band play. This is a very satisfying feeling – much more enjoyable than the analytical state of mind I often fall into whilst performing – and I’d like to experience it more often. To that end, it made sense to me to put together a project loosely inspired by the aforementioned groups (Ornette Coleman and Coltrane) as the more open structures that they often favour lend themselves to what it is that I seek: music that I can feel – rather than think – my way through.

The launch gig will be part of Seven's Unplugged series which allows audiences and musicians to connect by using the 'in the round' format. Family Band will also premiere a whole set of newly written music at the gig.

Follow this link to hear a track from the release, Bring Lulu.
Posted by Editor at 08:00