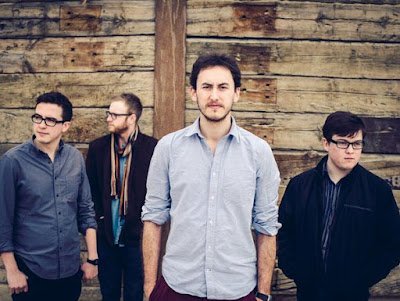 Guitarist Alex Munk will bring his new quartet to perform in York and Sheffield next week.

Munk graduated from LCoM in 2009 before moving to London to study a Masters at the Royal Academy of Music in London. Since then he has worked extensively as a sideman for a long list of internationally renowned musicians which includes Stan Sulzmann, Trish Clowes, Ivo Neame and Gwilym Simcock.

Flying Machines was formed in 2014 a vehicle for Munk's compositions. The band includes bassist Conor Chaplin, pianist Matt Robinson and drummer Dave Hamblett. The group have recently recorded their debut album (Alex's first as a leader) and it is set for release in 2016.

Audiences in the North will have the chance to hear the band at The Phoenix in York on October 20th and at the Lescar in Sheffield on October 21st.

For more information on Alex and to listen to Flying Machines, visit his website.
Posted by Editor at 08:31