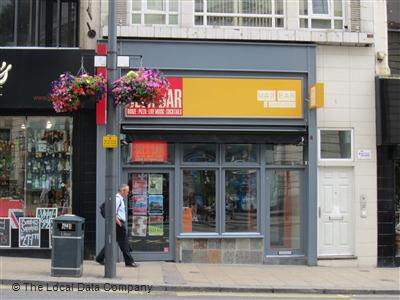 It's all change for the jazz at Sela Bar in Leeds; saxophonist Matt Anderson has moved to London and taking the helm now is bassist Tom Riviere.

Matt has run The Cooler for a number of years and it's been the host of some great international guests (Jerry Bergonzi and Eric Harland, for example) as well as a regular line-up of local and national groups.

Keep an eye on future listings on the Cooler at Sela Bar facebook page.
Posted by Editor at 04:12