The Haggis Horns 'What Comes To Mind' UK Tour 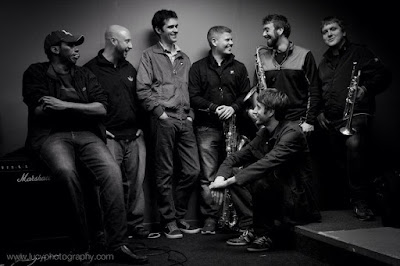 The Haggis Horns have been a favourite of audiences and musicians alike for years. Mark Ronson called them the best horn section in the world and they feature on some of the top chart releases of recent years with groups like Amy Winehouse, Jamiroquai and Martha Reeves.

The band have been hard at work in the studio preparing for the release of their latest album, What Comes to Mind - their first in 5 years. They have just announced tour dates across the country to promote its release, starting with an album launch gig at Belgrave Music Hall in Leeds on 25th september. Audiences are advised to book early for these live dates as they are guaranteed to sell out!