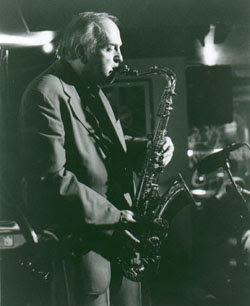 Ilkley Jazz Festival takes place in a few weeks and as well as a number of live performances throughout the weekend, Sunday 22nd August will feature some workshops which are free to attend.

Tenor saxophonist and composer Duncan Lamont is recognised internationally for his contribution to jazz, both through his playing with the likes of Frank Sinatra, Natalie Cole and with Kenny Wheeler on Music for Large and Small Ensembles, and through his gift for song-writing. Duncan's songs have been recorded by singers like Blossom Dearie and Cleo Laine and Fred Astaire himself commended Duncan on his songwriting ability. (Not to mention the seminal children's tv themes he composed - Spot The Dog and Mr Benn!)

From 2pm until 4pm on Sunday 22nd August, Duncan will take participants through the process of songwriting. The event doesn't require extensive knowledge of jazz harmony but some musical knowledge will be beneficial.