See Live Jazz without ever leaving your house... 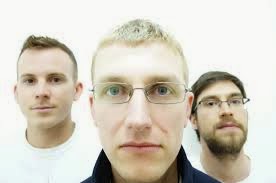 There aren't many jazz fans who will dispute that it's a music best heard live. We in the North have a whole host of venues to attend and with a bit of planning and full tank of petrol, you could most probably see live jazz seven nights a week. However, for a whole host of reasons, sometimes it's just not possible to make it out to gigs. Well, thanks to a growing streaming industry, you can now see live jazz from the comfort of your own home.

The website (although there are others!) is Concert Window and allows you to buy tickets to tune in to the concert online. You can also decide yourself how much to pay for each ticket.

Sound engineer Barkley McKay, who runs the very popular Valley Wood Studios in Leeds, is starting a series of concerts from his studios which will be streamed on Concert Window. The inaugural gig will feature EYESHUTIGHT, a trio led by bassist Paul Baxter alongside Johnny Tomlinson and Kris Wright. It happens on April 21st and you can buy tickets now and until the gig starts.

Keep an eye out for future Valley Wood Studios concerts, and find out more on the Concert Window website.
Posted by Editor at 09:35