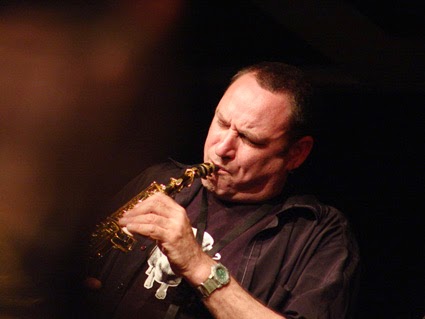 Controversy has been brewing in the Northern jazz scene this week after the RNCM took the decision to cancel their upcoming Gilad Atzmon & Orient House Ensemble performance amidst pressure from political activists.

The gig, which was due to take place on Thursday March 5th, was cancelled to 'ensure the safety of all involved'...

After careful consideration, and to ensure the safety of all involved, the RNCM decided to withdraw the concert. This decision was taken and actioned prior to the launch of an associated petition and in no way reflects any political view of the College. We apologise for any inconvenience caused.

An online petition has been set up, asking RNCM to reverse their decision and so far 459 people have signed it. There are also many articles popping up covering the story, including this thought piece on Jewish News website.

Gilad's own website is kept updated with his writing about this issue, as well as many others.
Posted by Editor at 10:09