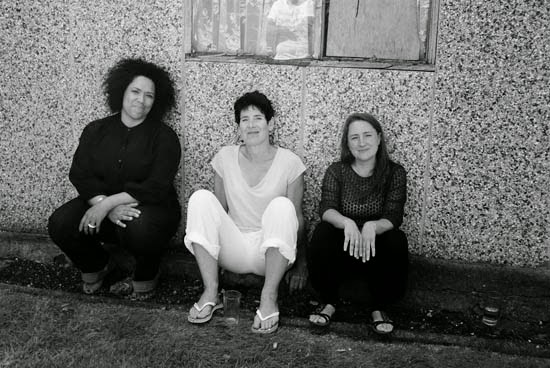 On Wednesday February 4th, Fusebox will hold an exciting triple-bill at Seven Arts in Leeds. This gig follows on from the afternoon of music to celebrate the life of Fusebox founder Dave Hatfield which took place at Seven Arts on Thursday 29th January.

Read on for full line-up...

This trio features three musicians renowned internationally as creative improvisers. Saxophonist Sam Andreae, currently Manchester-based, has built a strong reputation both in the UK and in Scandavia with his exploration of sound and abstract noise both acoustically and through electronic augmentation. He is joined on bass by Dominic Lash, a Bristol-based improviser who was an integral part of Oxford Improvisers until moving to NYC in 2011. Since returning to the UK, Lash has taken part in the Take Five programme run by Serious and performs across the UK and Europe extensively. The final member of the trio is Lisa Ullen, a pianist originally born in Seoul who grew up in Sweden. Ullen is widely considered to be one of the most distinguished artists on the Northern European contemporary art-music scene.

Stephen Grew brings his quartet to perform at Seven Arts after recently concluding a UK tour supported by Jazz Services. His music is completely improvised, creating spontaneous compositions with his band in the moment and as a performer he has worked with Evan Parker, Keith Tippett and Graham Clark. He is joined by Matt Robinson, a versatile clarinet player from Lancaster who also runs the Lancaster Jazz Festival, Fusebox regular bassist Seth Bennett and Philip Marks on percussion.

This trio features another Fusebox regular, pianist and composer Laura Cole alongside bassist Jenni Molloy and poet/playwright Rommi Smith. The trio describes itself as a group that 'explores the boundaries and bridges between spoken word, story and live, improvised music.' Laura also leads the critically acclaimed group Metamorphic and most recently the band have collaborated with vocal group Royst on a new album.

Jenni Molloy is perhaps best known for her group Bach ReLoaded, their album being described by the Guardian as 'new melodic storylines using jazz, tango, township-jive and understated funk. It's an attractive chemistry that simmers in an engaging way at the outset' (As well as being a celebrated musician, Jenni is also a Goju Ryu martial artist, running a Dojo in Leeds.)

Rommi Smith is an award winning poet and playwright who often works with improvising musicians. She was named the first poet-in-residence for Parliament and Keats' House and also for the Commonwealth Games.
Posted by Editor at 16:04