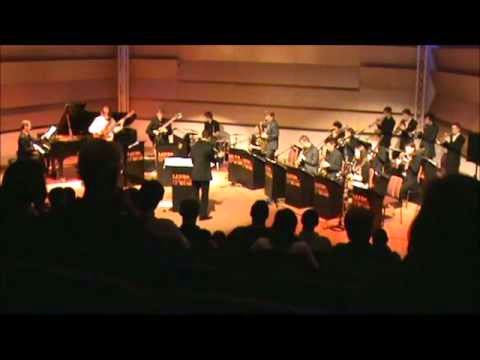 Trombonist Callum Au will feature in a concert by Leeds College of Music Contemporary Jazz Orchestra on Monday 8th December. Amongst other pieces, the band will perform Au's own arrangement of Bernstein's West Side Story.

The Jazz Orchestra is one of LCoM's flagship ensembles and has showcased the best the jazz department has to offer for many years. Some of the band's recent projects have featured musicians including Dave Liebman, Kenny Wheeler, Mike Gibbs and more.

As a trombonist, Callum has worked with many of the UK's top professional commercial bands, including the Ronnie Scott’s Jazz Orchestra, the Syd Lawrence Orchestra, the BBC Philharmonic Orchestra, and the Laurence Cottle Big Band, and musicians as diverse as Joss Stone, Peter Erskine, Guy Barker, Nigel Hitchcock, Liane Carroll, Seth MacFarlane, and Tim Minchin. He is the manager and musical director of the acclaimed Callum Au Big Band, which features some of the finest up-and-coming jazz musicians in the UK. As well as tenor trombone, he also plays bass trombone, euphonium, and tuba. He has recently released his debut album Something’s Coming with his big band, featuring special guests Nigel Hitchcock, Gareth Lockrane, Emma Smith and Iain Mackenzie.