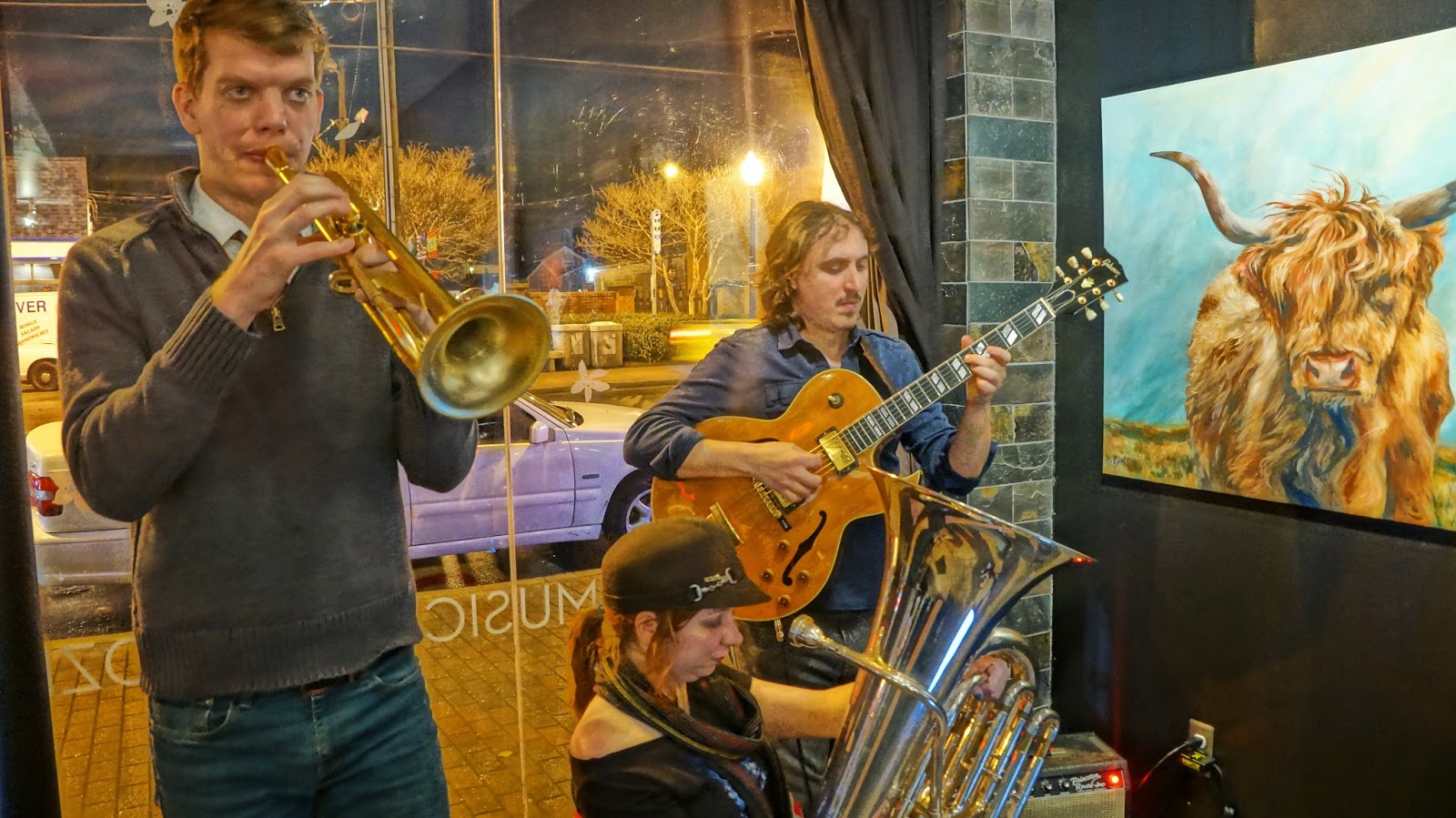 Fat Face Band, a trio from North Carolina, are visiting the UK for a 10 date tour from June 4th to June 17th.

The group, led by trumpeter Matt Postle (a musician many Northern musicians and audience members will know from his time studying a PhD at York University) has built a large following in their native US, including TV appearances and marathon 8-hour gigs across North Carolina, and is ready to introduce their music to new audiences in the UK. Alongside Matt, the band features guitarist Troy Conn and tuba player Molly Jay (who is sponsored by Wessex Tubas).

I'm thrilled that Fat Face Band are coming over this summer. I met Matt when he was in York and he always struck me as a very serious, driven musician. He's intensely creative and ambitious and it's no surprise that Fat Face is bold and unusual; I'd expect nothing less. Fat Face is the type of group that it's impossible to imagine their sound before you hear it. Bill Frisell, Kenny Wheeler, Ron Miles, Ralph Alessi...You just have to hear them.