Gig Review: Polar Bear and Shiver at The Wardrobe, Leeds. 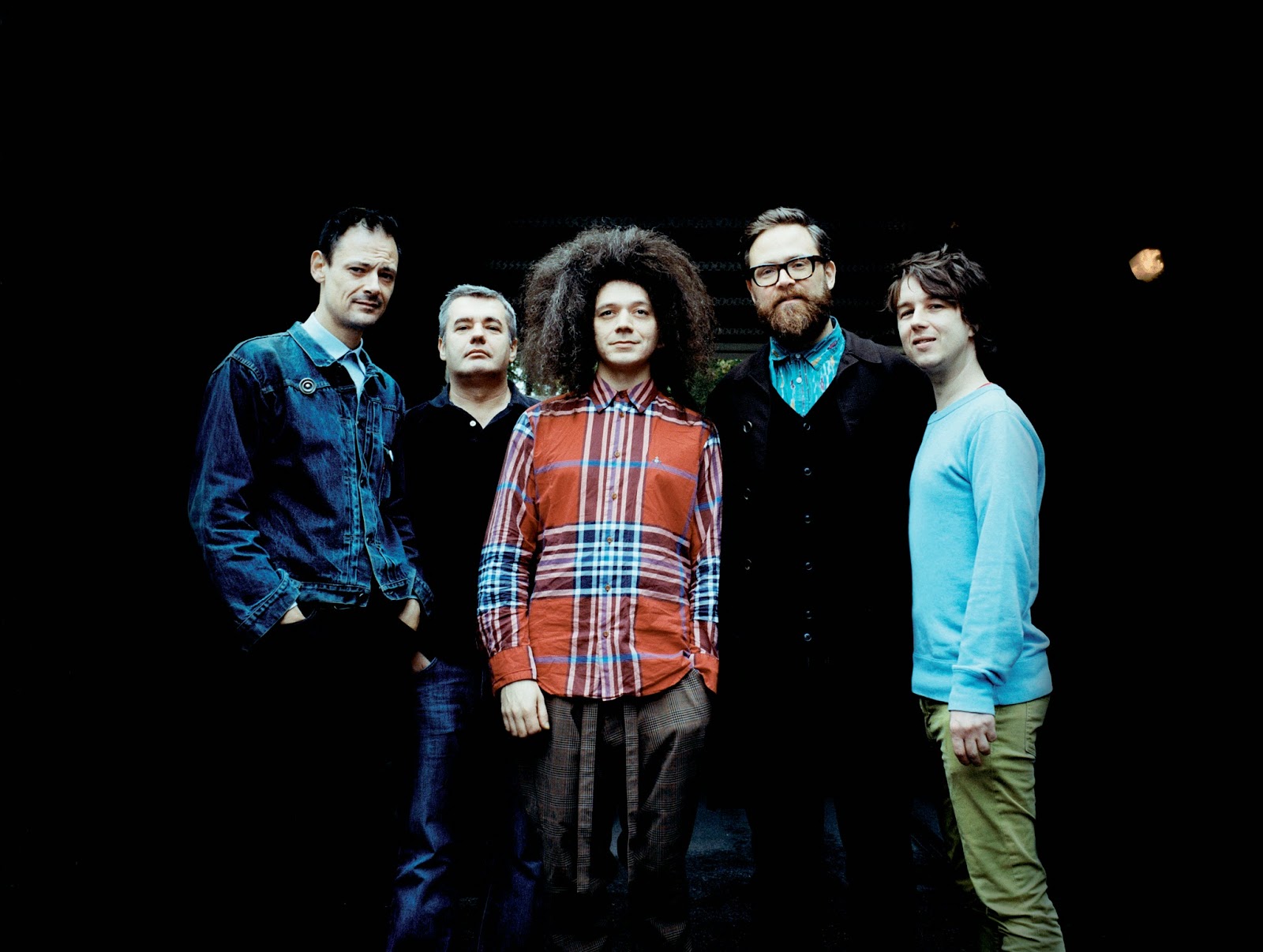 On Friday 21st March, Polar Bear played The Wardrobe in Leeds as part of a tour to promote their new album In Each And Every One. The long wait for this new release meant that there was anticipation of a change in the band’s direction and this was delivered without losing the recognisable sound that has won the band so many fans over the last ten years.

But first came support from Shiver, a new power-trio led by guitarist Chris Sharkey, featuring Andy Champion on bass and Joost Hendrickx on drums. Sharkey and Champion were each surrounded by a wide swathe of pedals peppered with flashing lights and these twinned with the sample pads on the drum kit gave the audience a hint at what was to come. The band opened with the first track from their second EP, 'Hammerhead Blues'. This was a no-mercy start to the set, as the band leapt straight for the jugular with a jittery, sample-laden groove bursting with nervous energy and beeping, whizzing electronic sounds before Sharkey introduced a simple, chordal melody that contrasted with the polyrhythmic drumming and Champion’s chugging, snarling bass. The intensity and volume grew as the slightly ‘Nintendo’ electronics were briefly left behind and the punk side of this group was released. The visceral intensity of these punk thrashes and the highly metric exchanges between the guitar and drums were contrasted throughout the set with pulseless electronic soundscapes, with Sharkey kneeling down to better manipulate the woozy, shimmering sounds using the various pedals in front of him. Shiver have released two strong EPs, but to see the full force of this band you have to see them live.

Polar Bear entered the stage and moved almost imperceptibly from mic checks to a meditative opening track. Long, breathy tones from the saxophones and a wash of electronics held the audience in expectation of what was to come, as drummer and leader Seb Rochford sat crouched behind his drum kit, mostly hidden from view.
As electronics wizard Leafcutter John slowly began to introduce a beat to the music and bassist Tom Herbert crept in with a head-bobbing bassline, Rochford rose onto the drum stool and added to the slowly growing sound. The groove staggered and lurched whilst still keeping the audience bobbing, as the twin saxophones of Mark Lockheart and Peter Wareham entered a conversation of barked, staccato lines before eventually settling into the jaunty, playful melody of ‘Be Free’.

Where the music from their last album, Peepers, was led by raucous yet singable twin-saxophone melodies, these new compositions favoured shorter, staccato exclamations. These gave the music a sense of urgency and aggression that was matched in the solos of the two saxophone players Mark Lockheart and Peter Wareham. Both were on sterling form, building atmospheric and engaging solos and they seemed to be improvising in its purest sense. Lockheart was on particularly strong form, taking some lengthy solos there were busting with rhythmic tenacity and innovation.Wareham showed two contrasting sides of his playing; a caustic, fire-and-brimstone solo in a trio improvisation with Rochford and Herbert was a familiar sound for the audience and probably the most intense moment in the set, but he also took the lead on some beautiful ballad sections of the set, his usually harsh tone taking on a softer edge. These more delicate, introspective sections were the perfect foil to the driving beats and saxophone riffs of Rochford’s new compositions.

The role of Leafcutter John has shifted drastically in the four years since Polar Bear’s last release. Gone is the twangy, indie-tinged guitar that was one of the defining sounds of Peepers, to be replaced by pulsing electronic beats along with his signature array of fuzzy digital sounds. The strength of these beats mean that Leafcutter and Tom Herbert are now often the engine room of the band, allowing Rochford and his drum kit to take a looser, more creative role.

This was a fantastic set and an almost perfect example of a band moving forward and making changes to their sound without losing their identity. Their set swung from blistering intensity to gentle whispers and it felt as if the group had moved into a more primal and expansive sound, away from the more structured song forms of some of the music from their earlier records. After three encores a satisfied audience left the venue knowing they had seen a band both at the top of their game and on the brink of a new chapter in its career.