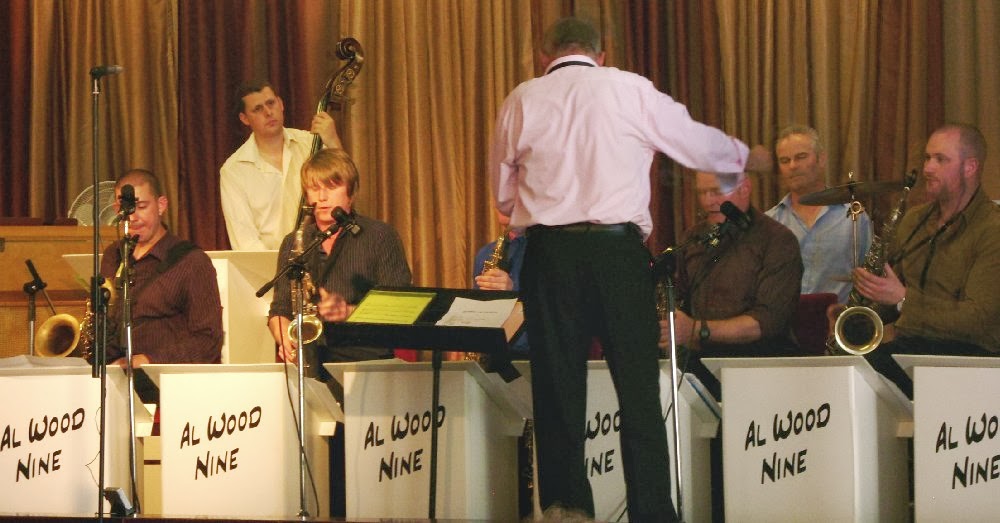 
The renowned musician and bandleader Al Wood is bringing his nonet to Harrogate in March. The band features some of the most respected musicians in the North - Jim Corry, Si Kaylor, James Russell, Stuart McDonald, Sam Thornton, Graham Hearn, Garry Jackson and Bob Howard alongside Al himself.

He began his career with the Maynard Ferguson band and is a multi-instrumentalist playing almost any brass or reed instrument. He became director of jazz performance at Leeds College of Music and led the Big Band there for many years, producing many special arrangements for them. After he left the college ex-students persuaded him to recreate a big band as the experience and training he had given them was such a blast. The Nine is a cut-down version of that band with the only brass input from Als own trumpet. What you can expect is the tightest playing of fine arrangements of jazz from the classic era powerful and entertainingly listenable music with terrific soloing.

Tickets can be ordered by contacting al.louise.wood@gmail.com or 07882957471 or on the door subject to availability.
Posted by Editor at 08:41