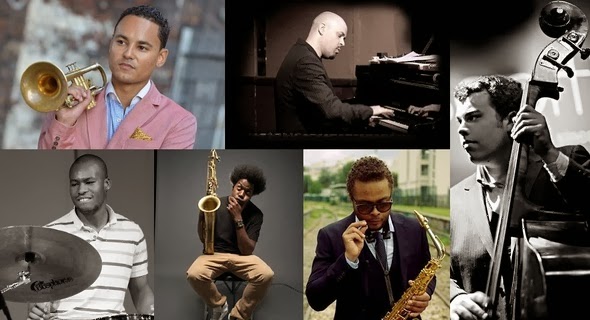 Trumpeter Jay Phelps is taking his new group on the road next month, playing the music of Miles Davis spanning four decades.

Jay's career has gone from strength to strength since moving from his native Canada aged 17. Alongside this group, he also holds a monthly residency at London's Hippodrome Casino with his ten-piece Jitter Jive, inspired by his appearance in BBC's Dancing on the Edge.

Projections of Miles will perform two Northern dates on their tour - Seven Arts in Leeds on 20th February and the Crucible in Sheffield on 14th March.


‘Assured, clever, fluent, with a lovely soft-edged tone, he is already a player you could easily recognise after hearing him just once.’Dave Gelly - the Observer
Posted by Editor at 16:55