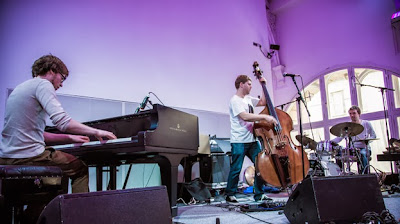 At the end of 2013, JATP announced that they were moving from their current location at the Irish Club to The Glyde in Bradford. They kicked off their gig season at their new home on January 3rd with Liverpool band, The Weave, and this Friday they continue with Manchester trio Gogo Penguin.

The trio have gone from strength to strength, gigging across the country and garnering praise from people like Mike Chadwick and Gilles Peterson. They received a nomination for best jazz album at the World Wide Awards and recently joined forces with Roller Trio to tour in conjunction with Band on the Wall.

JATP will have their full brochure ready on Friday so the audience will get a chance to see what's in store for jazz in Bradford in the coming months.