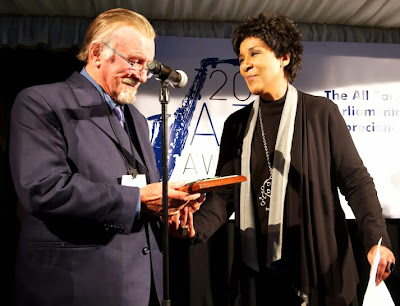 The 2014 All Party Parliamentary Jazz Appreciation Group (APPJAG) awards are now open for public nominations. Those nominated by the public in the primary round are then put to a panel who select the finalists from which the APPJAG will pick a winner.

You can submit your nominations on the Jazz Services website - APPJAG awards nomination form for categories including album of the year, instrumentalist of the year, jazz media award and services to jazz award amongst others.