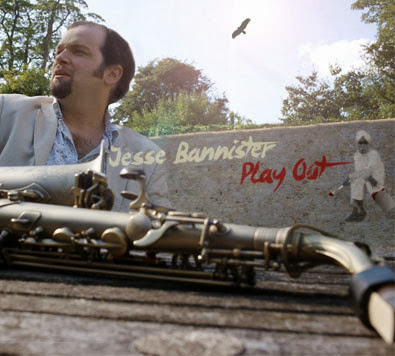 Saxophonist and composer Jesse Banister has announced that 2014 will see the release of his new album, Play Out, and a tour with his new group featuring Zoe Rahman, Seb Rochford and Kenny Higgins.

From the Raestar Ventures press release...

In Play Out ....Jesse explores the improvisational nature of Indian and Jazz music through fascinating creative partnerships that cross musical and geographical borders with Zoe Rahman an established star herself on the contemporary jazz scene described as ‘one of the finest young pianists in Europe’ (The Observer) and performs saxophone/percussion dialogue with the powerfully original drummer, Seb Rochford. Bassist Kenny Higgins brings his dynamic groove style to the collaboration. At its heart lies Bannister’s distinctive sound, honed from years of absorbing influences from Indian classical music, jazz and contemporary compositions.