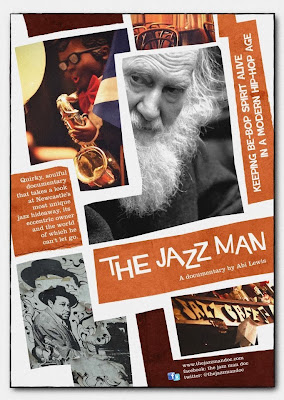 The Pink Lane Jazz Co-op have got in touch about a kickstarter campaign currently running to fund a film about their inspiration, Keith Crombie AKA The Jazz Man.


A lot of you here may already know that Abi Lewis is currently running a crowd funding campaign to raise the final amount of money to finish the documentary she has been producing (for the past 3 years) on Keith's life in the music scene in the North East, which spans over 7 decades.

So far she has put her own money into the film but now needs the help and support from everyone who knew Keith and the jazz cafe to bring this film to the big screen.

I've known Keith all of my life.  In 1978 whilst my mother was in labour, my father and his closest friend Keith waited in a near-by pub.  When the news came through that I had arrived, the pair laced with alcohol came to the hospital to meet me.  On arrival Keith captured the first ever pictures taken of me and 35 years later I filmed the last ever interview that Keith recorded…. and that's how it started!

For full information and to donate, see The Jazz Man Kickstarter page.
Posted by Editor at 12:11