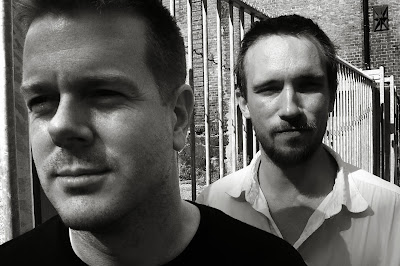 Two internationally recognised free improvisers, Ken Vandermark and Paal Nilssen-Love, are coming to Sheffield on October 22nd for their only UK date outside of London.

The duo have released an album together, Dual Pleasure, as well as performances across Europe including the Molde International Jazz Festival.

Joining Vandermark and Nilssen-Love in Sheffield will be two homegrown groups; Beck Hunters and Trans/Human. Beck Hunters features saxophonist Mick Beck, recently the subject of the documentary film Mick Beck - Rather Different alongside brothers Anton (guitar) and Jonny (drums) Hunter. Trans/Human was formed by Adam Denton and Luke Twyman in 2011 to explore the physical act of music making  and its relationship to environment and audience. Expect a host of unusual 'instruments' including mobile phones, field recordings and prepared electric guitar.


Tickets can be bought online for £7/5 at We Got Tickets or for £9/7 at Rare and Racy, Division Street, Sheffield.