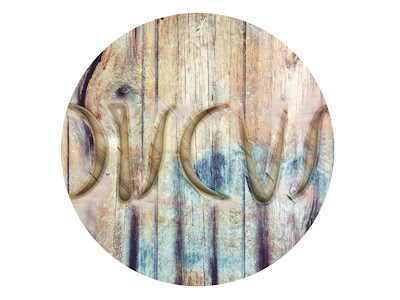 Sheffield-based record label Discus has had another busy year of releases, from Stewart Lee's favourite Antichoir Juxtavoices to the 3rd album from Julie Tippetts & Martin Archer. Label owner Martin Archer got in touch to update us on their year so far...


Juxtavoices
Juxtanother Antichoir From Sheffield   (Discus 44CD)
“Martin Archer has been throwing combinations of sonic stuff at sticky Sheffield surfaces since the late 1970s. Assembling the 30 singers of Juxtavoices in atmospheric locations, he channels their breathy extemporisations through texts by Samuel Beckett, Gertrude Stein and the venerable sound poet Bob Cobbing, who would have loved Juxtavoices' inchoate evisceration of Are Your Children Safe In The Sea? Here's a mass exorcism, a whole tribe talking in tongues, 30 full-moon were-Ligetis, and Wicker Man workings wrangled by the Swingle Singers”. - Stewart Lee, SUNDAY TIMES

Monstrously heavy, groovy, trippy, creative.Dubby, dynamic and dastardly. Combat Astronomy continue to display flair, creativity and stubborn iconoclasm on their latest album "Kundalini Apocalypse". Intended to be released in time for the end of world, it arrived late. We are all of course still here and you are invited to go on an internal adventure of collapse and rebirth with another premium disc of unique poly-metric bass guitar metal, avant jazz and abstract drones.

“One never knows what direction British multi-reedman Martin Archer will impart as he surges forward in a stealthy world of avant-jazz, electronics, or discombobulated jazz-rock. Hands down, he's one of the more creative musical souls on mother earth. Each new album marks a distinct journey. His fresh outlook and cornucopia of disparate concepts, executed with large and small ensembles represent a succession of distinguished agendas. Here, Archer's bountiful resourcefulness once again shines radiantly within a large ensemble format…..  Archer cites the Chicago-based Association for the Advancement of Creative Musicians (AACM) as a major influence within the album notes. Comprised of three extended works, each piece is a study in semi-free jazz, incorporating capacious characteristics and an open forum for the artists to expand their wares. Dual percussionists and drummers, strings, horns and vibes all play significant parts amid an incessant reinvention process.  Numerous contrasts and unexpected delights abound. A mark of invention along with qualitative factors has become a tell-tale constant within Archer's diverse discography. This release is yet another example of his far-reaching proclivities and fertile imaginative powers.” - Glenn Astarita ALL ABOUT JAZZ

FOUR STARS –“The third and finest recent outing from Julie Tippetts and Martin Archer. It's even billed as their pop album, though this pop is offbeat and oblique and dipped in dub..... Serpentine follows FiNiN like a welcome book of Alice Munro short stories after Lord of the Rings.... Fans of Sunset Glow will know that back in the mid 1970s she was startlingly strong at the point where song form meets melting point. She still is” - Marcus O'Dair, Jazzwise

Our best ever selling album, this remarkable mix of truly adventurous prog, Terry Riley influences minimalism, Zeuhl bombast and modern electronic composition went to repress within weeks of release.
“The music is very dense, very intensive, very colourful, very professionally presented and with its very own atmosphere, so that one can only listen in awesome fascination despite the length of the album. Whoever likes the krautish experimental, the electronic post rock, the minimalistic hypnotic, modern ensemble music, and true progressive sounds should get immediately the "Orchestra of the Upper Atmosphere". - BABYBLAUESEITEN PROG REVIEWS

For the first time Discus is also pleased to make available two download only releases.  Herve and Martin  enjoyed these 2 collaborative concerts so much, we just had to make them available!

Currently in various stages of preparation for 2014 release