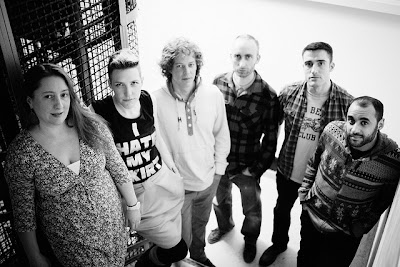 A graduate of Middlesex University's jazz degree, pianist and composer Laura Cole is now based in the North. Her work with Metamorphic is recognised nationally, with the group releasing albums on F-IRE label and touring throughout the UK. As well as Metamorphic, Laura also co-leads a large ensemble with bassist Seth Bennett and is the pianist with Martin Archer's Engine Room Favourites, one of the 12 bands selected to take part in Jazz North's Northern Line scheme.

You're touring soon with your group Metamorphic. Can you tell me a bit about the band?

When you're writing for Metamorphic, are you writing with the specific musicians in mind?

Pete Quinn at Jazzwise asked me exactly the same question in an interview a little while back! Yes when I am writing I really do have the musicians in mind, their sound and different approaches, it makes the music somehow more real to me if I can try and imagine them playing it, and how it would sound hearing them playing what I'm writing. I always start at the piano with ideas and then move onto sibelius, so a fair amount of creativity in what you're hearing has to happen in any case, even though the instrument sounds on sibelius have really improved!

You mention that you struggled with RSI and that influences your work as a musician and composer now. How did RSI affect you?

RSI made me re-evaluate my approach to music completely; in fact it ended up forcing me to re-evaluate everything, especially how I connected with my own creativity. I had to have years away from playing and at its worst I was unable to use my arms for anything at all. This subsequently led to severe depression. After a long road, and after many different physical and emotional processes, I began to recover and began to very tentatively approach the piano again. I now knew just how important music was to me, but I had to be very careful. I found that my way back in to it all was to start composing. This is why composing really does give me great joy- it represents being well in my creativity again.

As well as Metamorphic, what else is keeping you busy?

I also co-lead an improvising big band in Leeds with bassist Seth Bennett, with players such as Kim Macari, Ollie Dover, Richard Ormrod and Katie Patterson. Seth and I write for the band. It is a really exciting challenge to write for this many people; our last gig at Seven with Martin Archer's antichoir Juxtavoices really was one of the most enjoyable gigs I've ever done. Our next gig is on October 6th at the Millenium Hall (Polish Club) in Sheffield, again with Juxtavoices. I am also honoured to be part of Martin Archers's group Engine Room Favourites, alongside some amazing players such as Corey Mwamba, Mick Beck, Graham Clark, Johnny Hunter, Pete Fairclough, Walt Shaw, Steve Dinsdale and Seth Bennett. The group has been chosen to take part in the Northern Line scheme; we recently did a showcase gig at The Capstone in Liverpool for this. I am very much looking forward to the next gigs with this band.

What sort of music have you been listening to recently?

I've actually been listening to some remixes that my husband Craig Robertson has been doing for various projects a lot recently; he's just started on a track of Metamorphic's which I'm very intrigued to hear! I listen to Late Junction a lot at the moment too, as well as Mary Hampton, Bjork (my daughter Martha really loves her and makes me play Post every time we're in the car), Brad Mehldau and Janacek.

Tell me about a couple of musician currently on the scene that excite you.

Seb Rochford; Kit Downes; Jason Singh; Laura Jurd; Andrew Plummer; Dave Kane; Corey Mwamba; Ruth Goller; Chris Montague; Matt Bourne; Chris Sharkey; Seth Bennett. I mean there are too many to mention really but these are the musicians that came into my head first, as being sort of trailblazers! Good luck to them all.

You can see full information on Laura's upcoming tour with Metamorphic in our previous Metamorphic Tour article.
Posted by Editor at 04:41