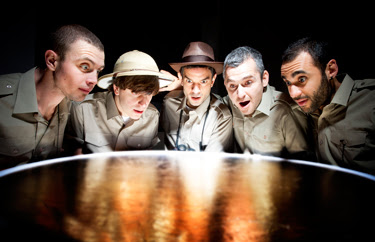 
Following up from our recent interview with guitarist Alex Roth, today he announced that his Sponsume campaign has raised £1,310.97 to go toward his UK tour with band Otriad. Congratulations to Alex, who has put in a lot of hard work to promote the tour, so head to see a gig if you can.

Led Bib are also going down the crowdfunding route and have started a Kickstarter campaign to raise funds for a new studio album and live vinyl to mark their 10th anniversary. They've set a £10,000 goal and have until 25th May to achieve it. To see their video or to pledge, visit Led Bib Kickstarter page.
Posted by Editor at 13:34