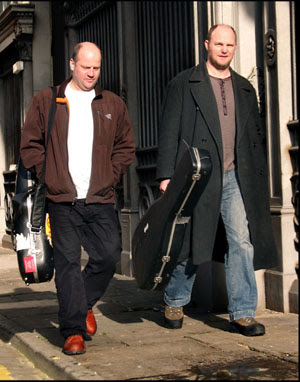 Jazz North have announced the12 bands selected to be ambassadors for the Northern jazz scene between January 2013 – March 2014 as part of Northern Line, a new model for supporting touring for northern jazz musicians across the north.
The successful groups are -

The assessment panel consisted of 10 highly-experienced national promoters, producers and artists and we used a thorough and consistent process in order to reach a decision about the final 12 bands selected for support.
The panel considered many factors in making their decision, including musical excellence, creativity, innovation, potential audience engagement, potential promoter take-up, the representation of artists from a wide geographical base, stylistic variety and diversity.
northern line artists will be available to Northern promoters on a sliding scale subsidy. This will enable promoters to choose from an exciting and diverse rostrum of artists with low financial risk. northern line will benefit from a full marketing package in National and northern media. northern line artists will be introduced to promoters across the North at three showcases during 2013.
northern line artists will also be able to access bespoke professional development training.
Posted by Editor at 11:05