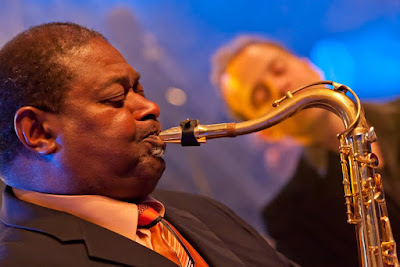 Brighter Sound has announced the 15 emerging musicians selected by Pee Wee Ellis to collaborate during a four day jazz and funk residency. Music develop during this time will be performed live at Band on the Wall on August 20th.

The musicians taking part are -

To find out more about each of the musicians, you can view their individual profiles on the Brighter Sound website.


The group, who will form two funk outfits for the show, is made up of some of the North West’s most promising musicians, including members of Manchester’s Afro-rock-funk outfit Agbeko, ten-piece brass collective Twisted Tubes, funk rock band Mamma Freedom, and jazz-fusion quintet Mercury.
The residency is the ninth in Brighter Sound’s Artistic Directors Series which aims to support artists at all stages in their careers, giving them the time and space to experiment, collaborate and explore under the direction of an inspirational and influential professional artist.